When you want to take a quick break from the sights & sounds of the busy streets of Ho Chi Minh City, book this Cu Chi Tunnels Half Day Tour for a two & a half hour drive heading for the Cambodian border in the West.

The Cu Chi Tunnels, built in 1948 by local fighters, is a 75-mile network of narrow underground passages used by the Viet Cong soldiers during the Vietnam War.

Back then, various sections of the tunnels were made into hospitals, schools & meeting rooms of the Viet Cong with ingenious man-made booby traps in place to add security against the American troops.

On this tour, you'll have the opportunity to explore reconstructed chambers where soldiers lived for months on end, observe how the booby traps work as well as see bomb craters & remnants of war including an American tank that was destroyed by a landmine.

Above ground, there's plenty of vendors offering souvenirs for sale along with a shooting range where you can safely fire weapons like M16 rifles, AK47's & even machine guns.

Afterwards, go on a speedboat ride along Saigon River, one of the least explored parts of the city that’s nevertheless brimming with local culture & tradition. 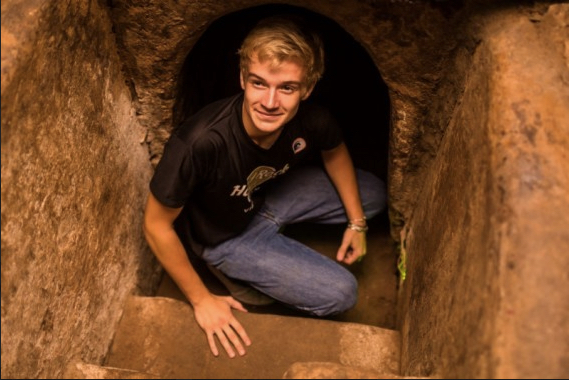