The best way to fully explore the famous Angkor temple complex is by going on a picturesque Siem Reap Cycling Tour.

On this tour, not only will you have several opportunities to stop at whatever scenery strikes your fancy, but you'll also get to observe local sights & sounds at a closer perspective while giving yourself that much needed exercise.

After all, Cambodia is well known for its delicious food & if you're like many travellers, you've most likely feasted on a lot of them since coming to the country!

Your Siem Reap Cycling Tour starts at the town to the Angkor complex & the south gate of Angkor Thom, through flat planes adorned with lush greeneries & quaint villages with friendly people waving to everyone passing by.

The Bayon is the centerpiece of the ancient city that you'll be exploring on this Siem Reap cycling tour, with its fifty four towers decorated with no less than two hundred smiling faces carved in solid stone. It's a Buddhist temple constructed by King Jayavarman VII in 1190 AD made unique by its distinctive Hindu elements.

Next is the Royal Enclosure, which used to house the Angkor king's palace complex & as its name suggests, is walled off & located a little to the north of the central section of Angkor Thom.

Phimeanakas used to be the King's place of worship & is surrounded by walls that are about five metres high. Among its highlights are the two ponds located towards the back which were believed to be used for ritual washings, the steep but still climbable stairs & the low gallery.

Spanning the front section of Phimeanakas & the Royal Palace is the two & a half metre tall Terrace of the Elephants with its stunning carved elephants & five headed horse sculptures.

Towards its north is the Terrace of the Leper King, approximately twenty five metres long with its entire surface covered in high relief sculptures. Its walls are adorned by spectacular carvings of goddesses, guardians & many headed snakes.

In the afternoon, you'll explore the magnificent Angkor Wat, the largest & best preserved of all the temples before cycling to the large reservior, the Western Baray. 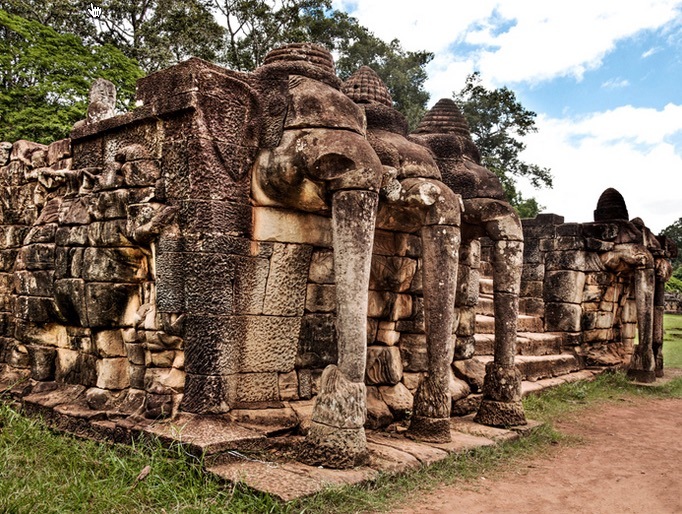 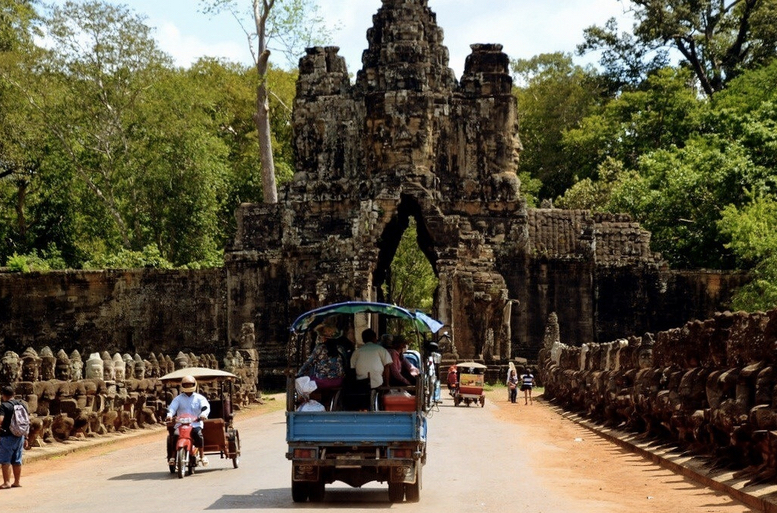